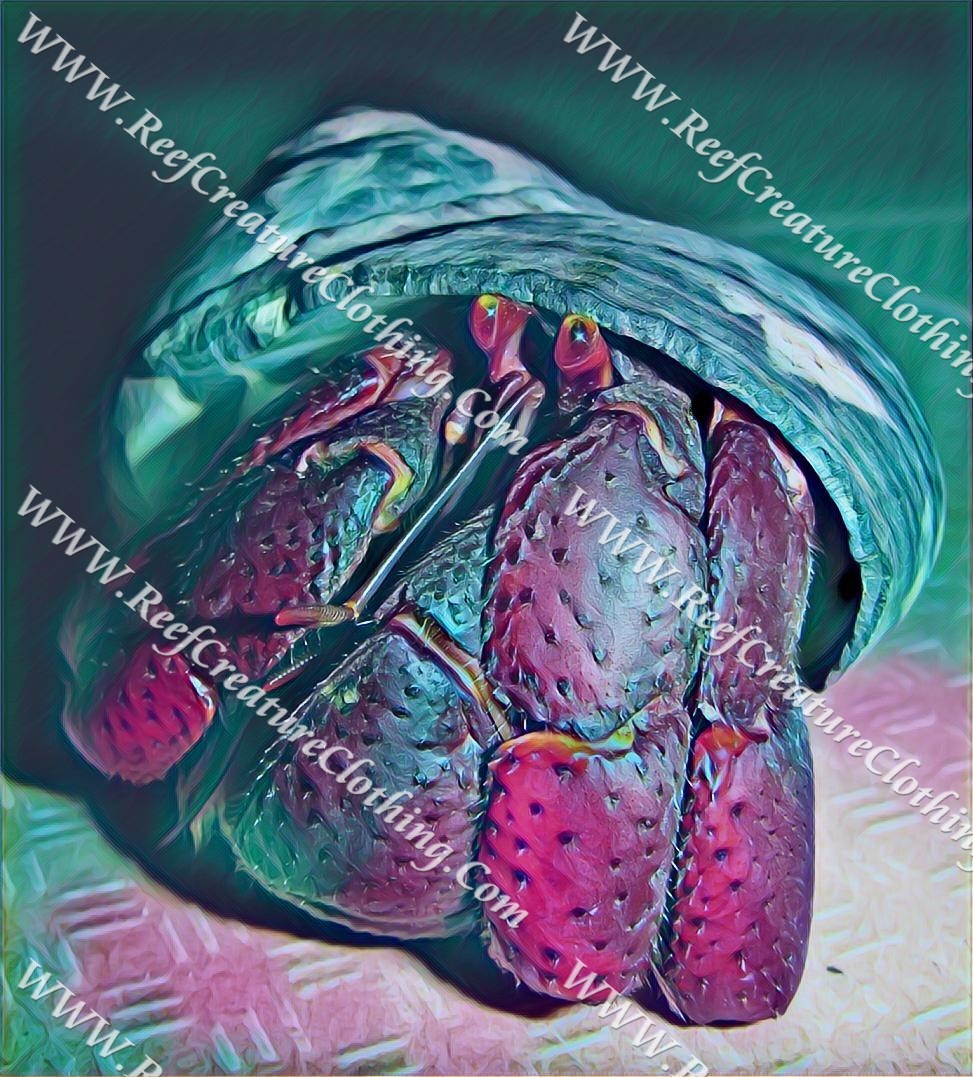 The Caribbean Hermit Crab (Coenobita clypeatus), also known as the Soldier Crab, Tree Crab, or Purple Pincher (due to the distinctive purple claw), is a species of land hermit crab native to the Caribbean Basin. Adults burrow and hide under the roots of large trees, and can be found a considerable distance inland. As with other terrestrial crabs, they use modified gills to breathe air. Their shells help maintain the humidity necessary for gas exchange to function.

Caribbean Hermit Crabs are herbivorous scavengers, feeding on animal and plant remains, overripe fruit, and faeces of other animals. As in the picture here, they can grow to fairly large sizes and often use West Indian Top Snail shells (Cittarium pica) for their home, with the crab using its larger claw to cover the aperture of the shell for protection against predators (usually its left claw is larger in size than its right claw and is purple in colour). As with other species of hermit crabs, the Caribbean Hermit Crab may engage in “shell fights” and can emit a chirping noise when stressed. Even though they spend most of their life on land, the female land hermit crabs return to the shore annually (usually around August) to release fertilised eggs into the ocean.

Although very common, this species of hermit crab is often used by fishermen as bait for hook and line fishing for parrotfish, being easily collectable on land before going out on fishing trips. It is also one of the two land hermit crabs commonly sold in the United States as pets, and has been confirmed to live as long as 12 years, and some crab owners claiming to have crabs live up to 40 years! Thats good going!