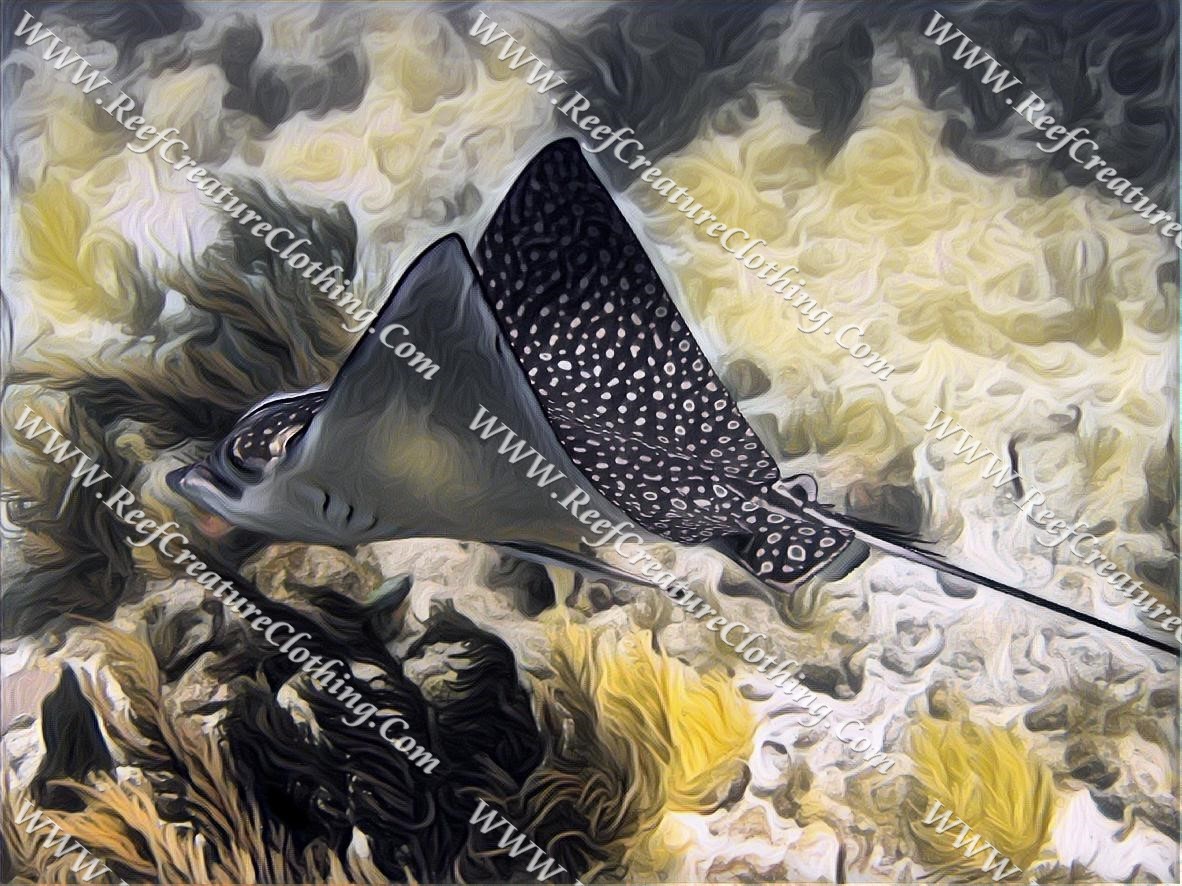 The Spotted Eagle Ray (Aetobatus narinari) is a species of ray from the eagle ray family that is found globally in tropical regions. Like their cousins the sharks, rays are a cartilaginous fish differing from other fish as they use cartilage to maintain their body structure rather than bone. The Spotted Eagle Ray is most commonly seen swimming alone, but does occasionally swim in pairs or small groups. Mature spotted eagle rays can be up to 5 meters (16 ft) in length; with the largest having a wingspan of up to 3 meters (10 ft) and a mass of 230 kilograms (507 lb)!!

As its name suggests, the Spotted Eagle Ray is covered in a beautiful pattern of white spots or rings. It has a long thin tail that trails gracefully behind it, but beware, just behind the pelvic fins, are several barbed stingers that are venomous. The favourite food of a Spotted Eagle Ray is small fish and crustaceans, and will sometimes dig with their snouts to look for food buried in the sand of the sea bed. These rays are commonly observed leaping out of the water, and on at least two occasions have been reported as having jumped into boats, in one incident resulting in the death of a woman in the Florida Keys!!

The Spotted Eagle Ray is hunted by a wide variety of sharks, and sometime for human consumption. This isn’t great news for this species, and it is now considered a special sight to see when diving. Due to this they are now considered ‘endangered’ on the IUCN Red List. They are fished mainly in Southeast Asia and Africa, the most common market being in commercial trade and aquariums. Unfortunately they are only officially protected on the Great Barrier Reef, and so can still be legally harvested throughout most of their range.