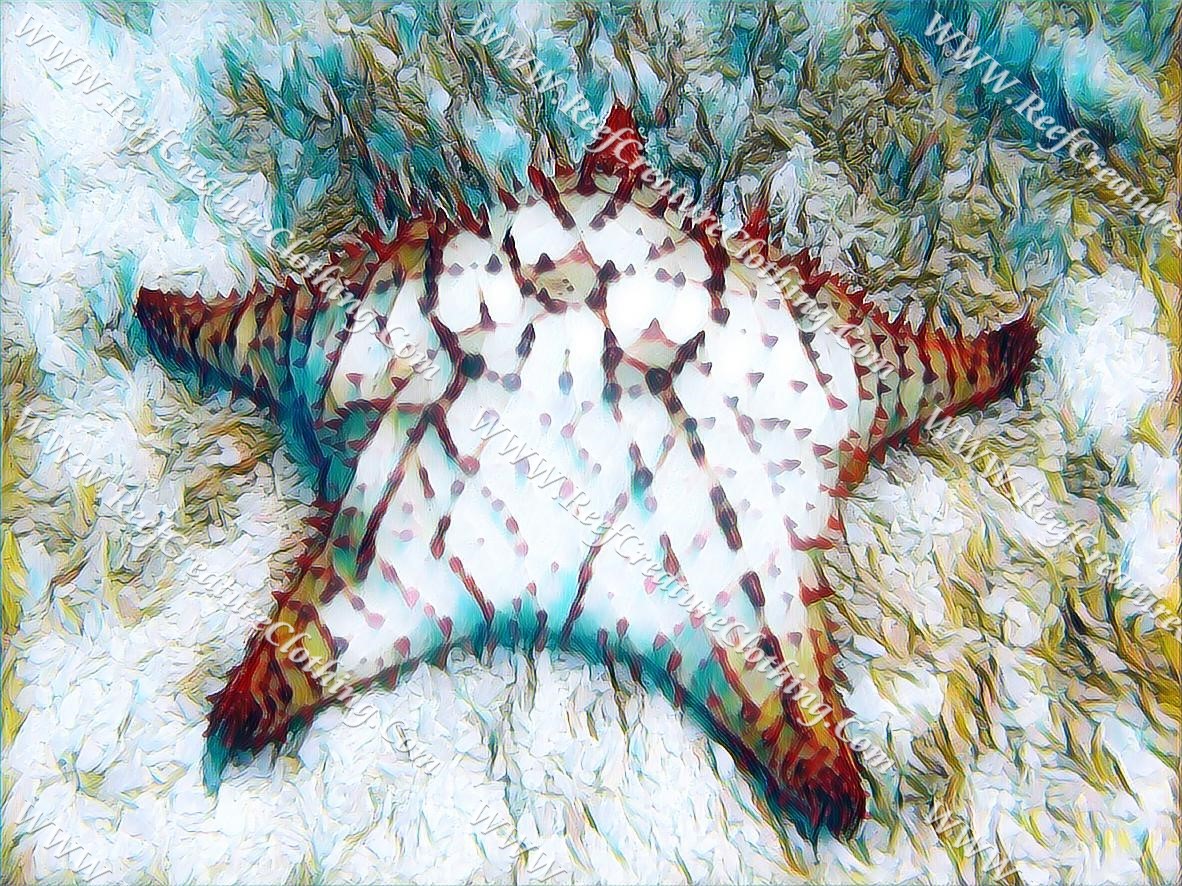 The Cushion Star (Oreaster reticulatus) is a species of starfish found in the tropical western Atlantic, also sometimes called the Red Cushion Sea Star or the West Indian Sea Star. It gets its name from its inflated cushion-like appearance, but also is covered in numerous blunt spines, which wouldn’t be so nice to rest your head on!

The Cushion Star is the largest species of starfish found within its range, and usually has five thick, broad arms projecting from its centre, although some specimens have four, six or even seven. Along with this genetic variability, Cushion Stars are not always red either, and can be a variety of other colours from golden-yellow to dark green.

Being an omnivore the Cushion Star feeds on the seabed sediment and other food such as algae, sponges and small invertebrates. It makes piles of sediment and then turns its stomach inside out and engulfs the material……quite an amazing ability and something that all starfish species are capable of, although many also eat other types of food.

Getting into the more technical side of things, Cushion Star sexes are separate, with breeding in the summer In subtropical areas, but in more tropical locations it breeds all year. Large numbers of individuals may collect together in one location at breeding time with densities sometimes reaching fourteen per square metre. This concentration of individuals enhances the chance of fertilisation when the gametes are liberated into the sea. The larvae form float off into the ocean and become plankton, drifting around with the currents. After passing through several developmental stages they settle on the seabed, usually among seagrass, and change into juvenile starfish.

Luckily for the Cushion Star, they are not very pleasant to eat and so human consumption is not very common. However, they are unfortunately collected and dried as ornamental curios is many parts of the world. For this reason they are protected in some places (such as Florida), where it is illegal to take them out of the ocean. Yay!!