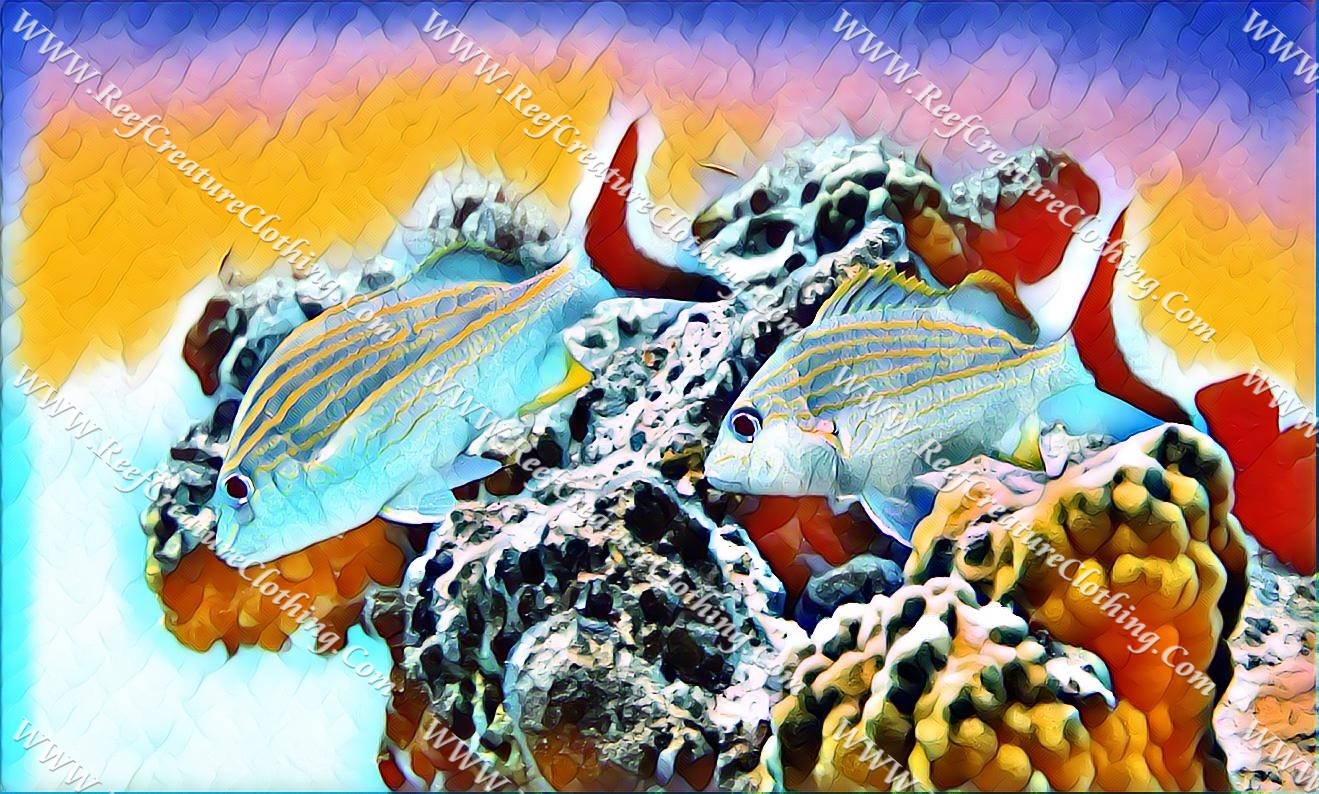 Belonging to one of the more common fish families found on Caribbean reefs (Grunts – Haemulidae), the Caesar Grunt (Haemulon carbonarium) can be differentiated from other similar looking species by yellow to dark copper/bronze body stripes and dusky rear dorsal, anal and caudal fins. It is one of the lesser common grunt species found in the region, but can sometimes be seen drifting around in small schools near coral formations. It may be also hang around the fringes of larger schools of French Grunts (Haemulon flavolineatum), but is often happier to mooch around in pairs or even one their own. As with other grunt species, the Caesar Grunt makes an unusual grunting sound which is produced when teeth grinding deep inside their throats gets amplified by their air bladder, a habit which gives the family their common name. The sound can be heard when diving, along with all the other strangle little clicks and pops that various other creatures make while going about their daily (or night time) business. What a cool concert!

If you would like to check out the original underwater photograph behind this cool design print taken in Anguilla, British West Indies, then click here!