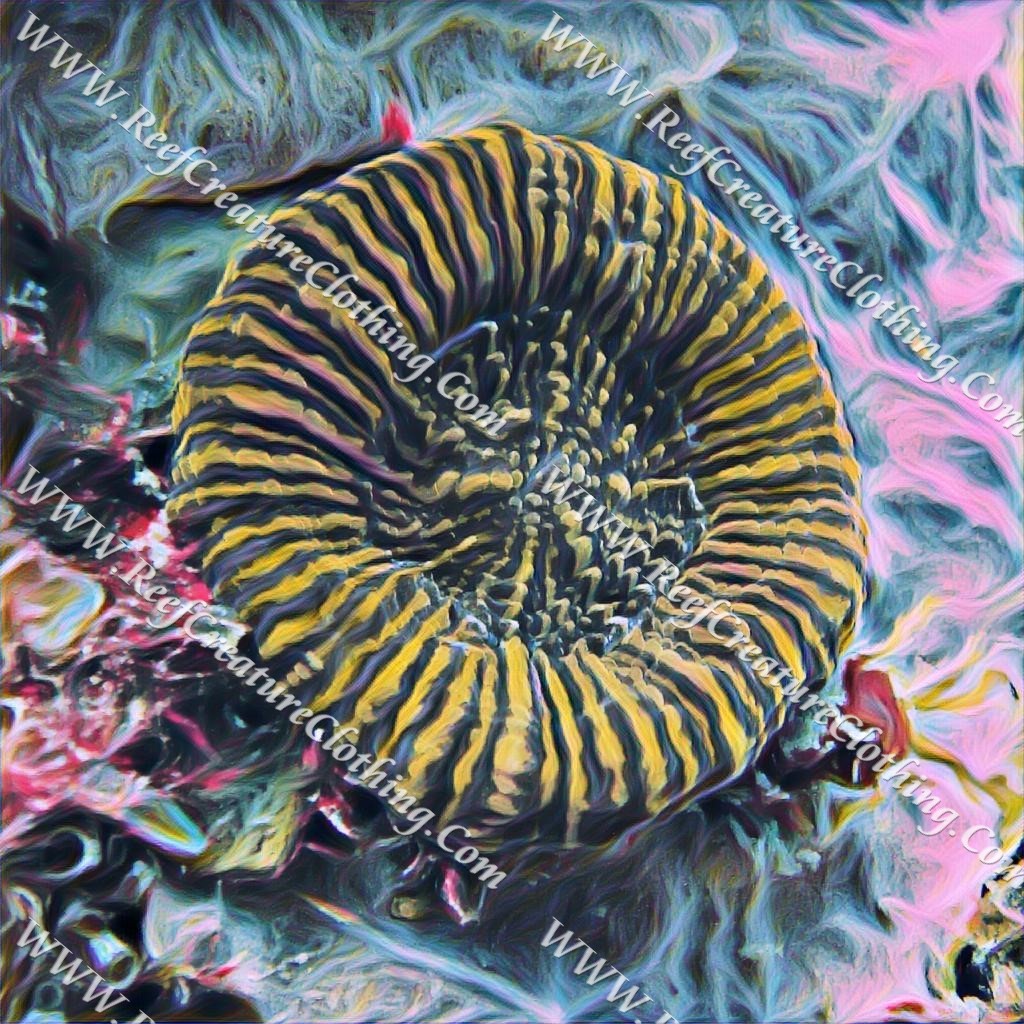 Although we have discussed coral species with large coral polyps before, the Solitary Disc Coral (Scolymia cubensis) probably takes the crown. Unlike most species of coral it does not grow in colonies, instead, as its common name suggests, choosing a more solitary existence. In this images the tentacles of the solitary disc coral are retracted during the day, but its chubby fleshy body is still visible. At night, when its tentacles are extended it resembles an anemone more than it does a coral, and highlights why these two groups of creatures are so closely related. This particular specimen was photographed on the side of a ship wrecks hull in Anguilla, British West Indies, a small Caribbean island great for wreck diving. Here, in the 1990’s a number of ships that had been wrecked in hurricanes were re-floated and purposefully sunk out to sea to become artificial reefs. Today they are teeming with life, not just corals like the Solitary Disc Coral here, but also huge schools of fish, lobsters and sea turtles. Worth a visit for sure!

If you would like to see the original underwater image used for this design print click here!