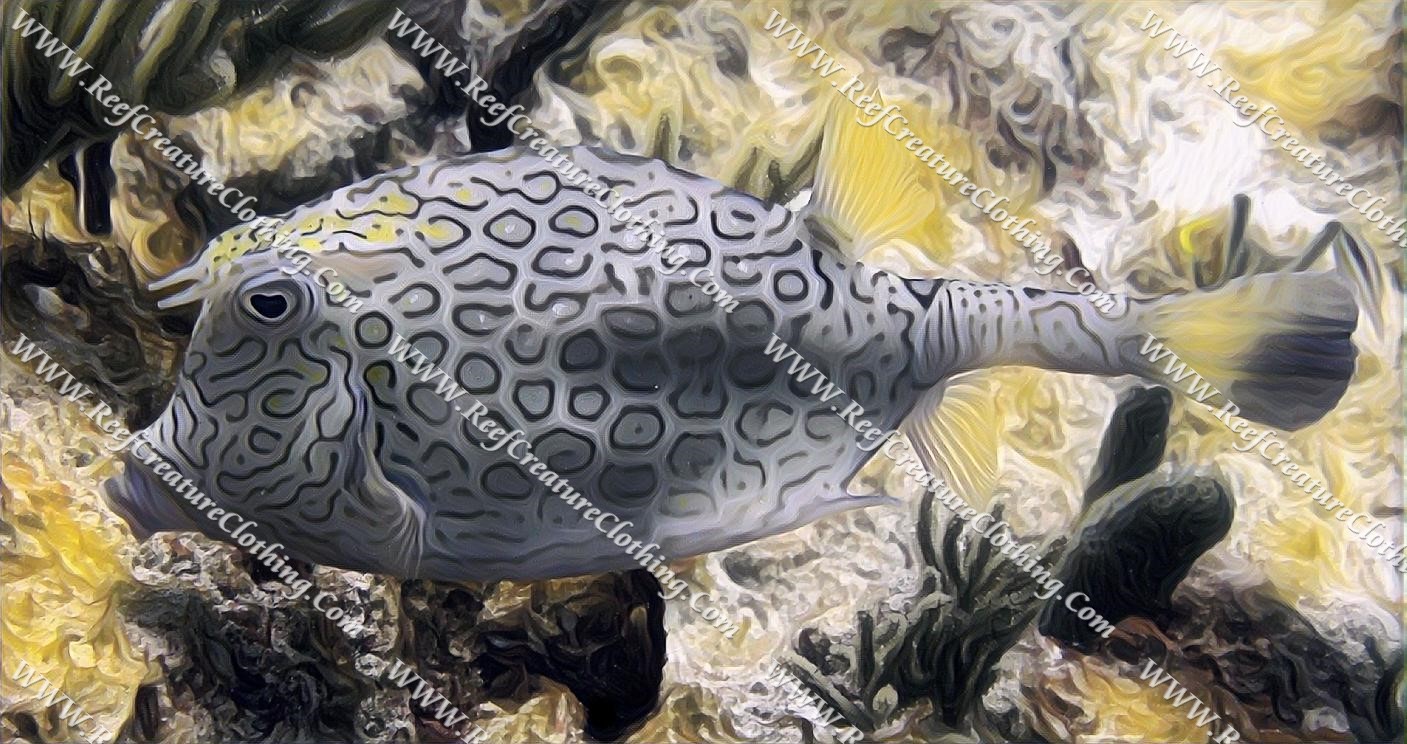 A member of the boxfish family, the Honeycomb Cowfish (Acanthostracion polygonia) is one of the cutest fish there is to be seen on the reefs of the Caribbean. This is especially the case for juveniles who are so tiny and round that they have been playfully nick-named the ‘pea fish’. Like other members of the boxfish family, the Honeycomb Cowfish has big fat lips which it uses to delicately pluck its favourite food items from the surrounding reef habitat. Instead of the classic fish scales, it has a covering of hexagonal plates which essentially form a tough exoskeleton that afford it some protection from predators. Despite this it is a wary fish, and quickly swims off and hides if any nearby threats are detected. Another defence that it has is amazing camouflage by way of an elaborate colour changing ability, and can darken or lighten dramatically to blend in with its background. Sometimes, when seemingly uncertain of which colour it would like to be, it shimmers and sparkles as if covered with tiny jewels. Differentiating the Honeycomb Cowfish from other boxfish, and the reason for its common name, are two horns that is possesses, one above each eye, giving it a bull-like appearance. It doesn’t use these for defence however, aside from making them look somewhat unpalatable to potential predators. You wouldn’t want to get that stuck in your throat!