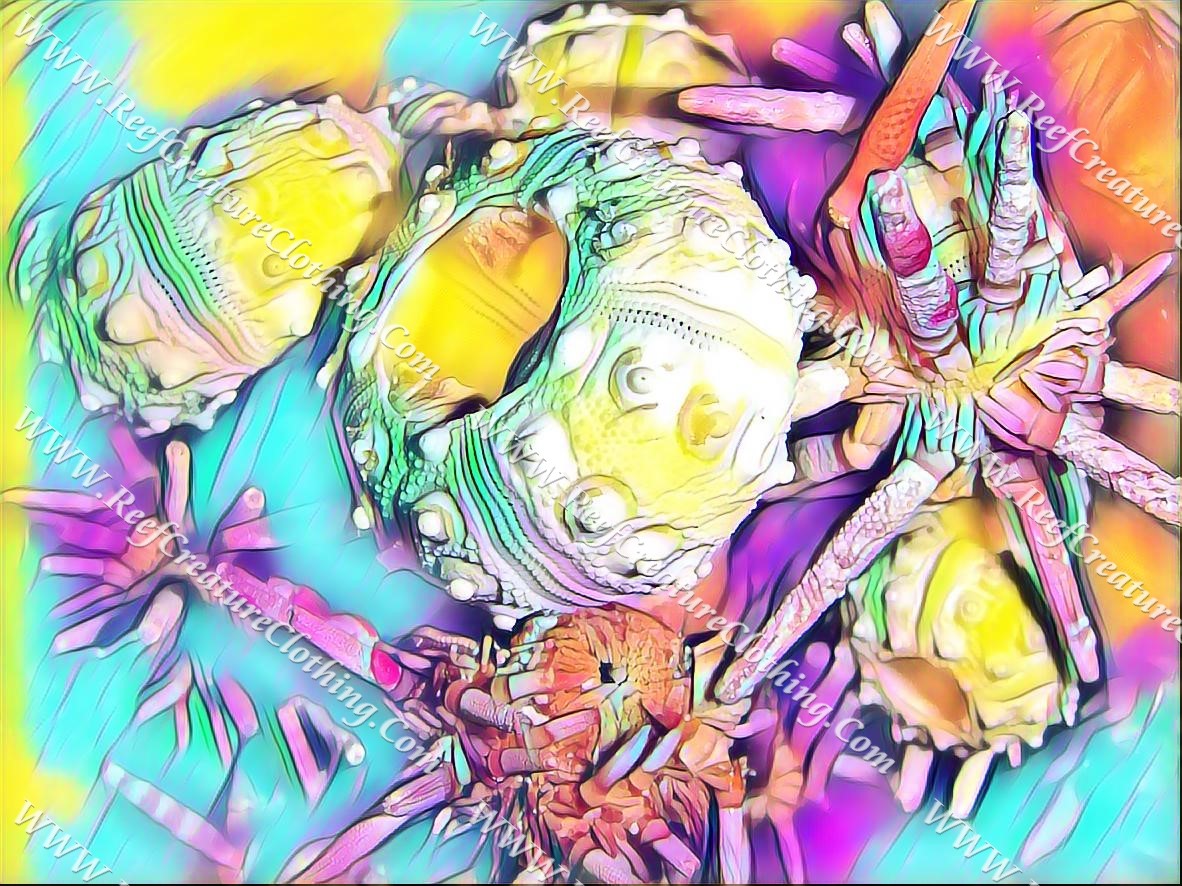 Sea Urchins are becomingly increasingly well known in the world of seafood as Uni, which is in fact the gonads of the creature rather than the creature itself! Of all urchins that would undergo the unfortunate process of having their gonads removed, the Slate Pencil Urchin (Eucidaris tribuloides) is probably the least likely to have to worry. It uses its thickened spines to wedge itself in rocky crevices, and is extremely difficult to remove….pretty much impossible in fact. In the Caribbean, the only species of sea urchin that is collected for food is the West Indian Sea Egg, which spends its time grazing on open rocks or within sea grass beds, and has short, white, relatively blunt spines. It is consequently very easy to collect!

The Slate Pencil Urchin, whose remains are often found washed up on beaches (as in our design print featured here), like many other urchin species, is only usually active at night when it leaves its protective rocky crevice to roam around the nearby area while feeding primarily on sponges and corals. Of all the Caribbean urchins, it is probably the most lazy, having been classified as a ‘sluggish echinoid’ by ecologists! An atypical sofa hound thats for sure!