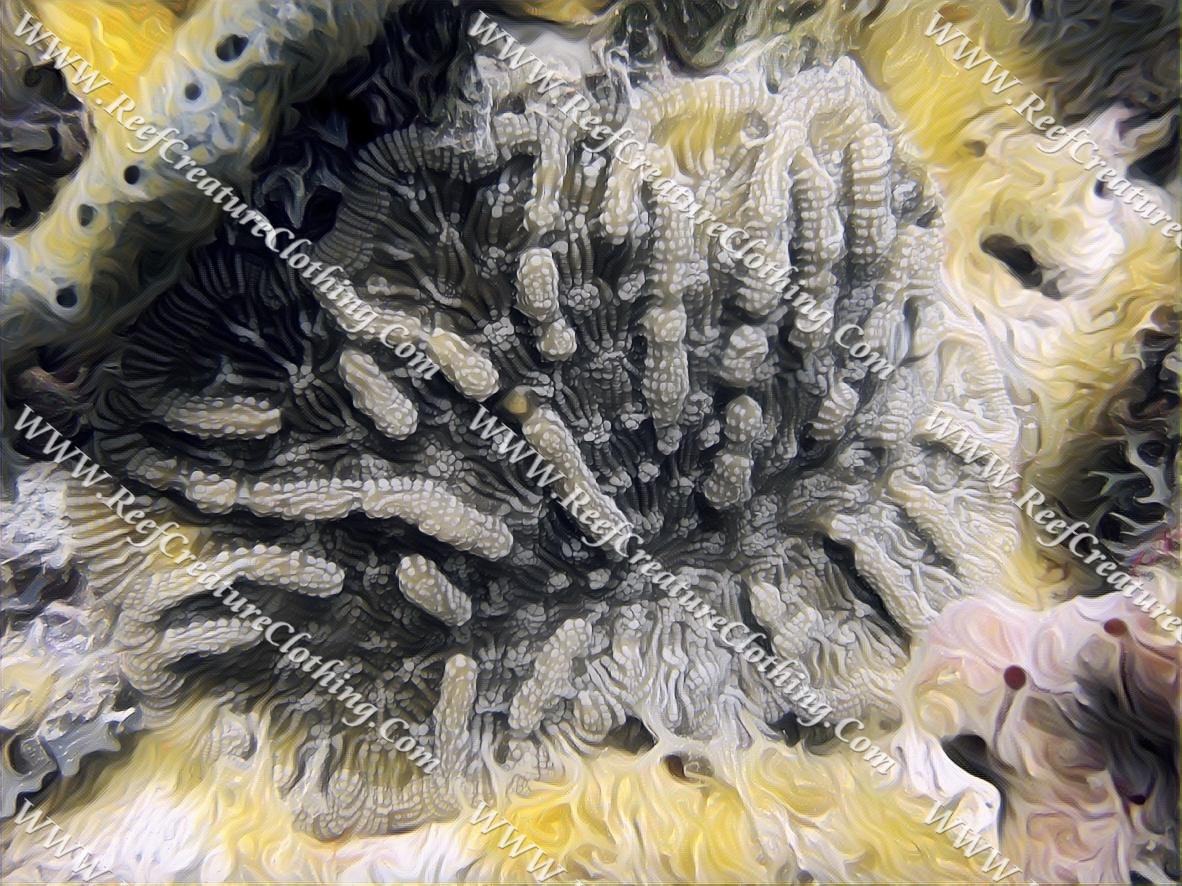 Although it may bear an extremely tiny resemblance to some low lying cacti like Peyote, it is not particularly clear how Rough Cactus Coral (Mycetophyllia ferox) got its name. It may be simply due to the fact that it is closely related to other ‘cactus’ corals, although interestingly the ones that most closely resemble cacti are in turn the plants namesake also (see Coral Cactus). This circular reference does itself indeed also seem to be due to the corals family relations, as some cactus corals reportedly belong to the family Agariciidae that also contains the lettuce corals, and in the coral cactus description in the previous link, the cactus is noted to resemble lettuce. However, it is not that simple (even if we were claiming it was it isn’t!) as reclassifications are happening all the time, with Rough Cactus Coral itself belonging to the family Mussidae, which also contains the iconic brain corals! It is more likely that the term ‘cactus coral’ is only loosely based on genetic relationships, being rather a common name applied to various species over the long history of coral reef exploration. Whatever the case, the question remains: which came first, the cactus coral or the coral cactus? We will leave that to you to mull over and decide!

Listed as vulnerable under the IUCN Red-List, Rough Cactus Coral isn’t as sensitive as some coral species to human impacts (for example Elkhorn Coral – Acropora palmata – see blog post), although its relative ease of propagation means it is sometimes used for coral restoration purposes. Using it in this way helps reef diversity, but it doesn’t help reef longevity much in the long-term as it does not form massive skeletal structures like some other important coral species that are essential for retaining overall reef structure. Top of the list for this job would be those corals that belong to the genera Acropora and Montastraea (now reclassified as Orbicella), a handful of species of which are responsible for almost all the large reef structures in the Caribbean. Impressive!