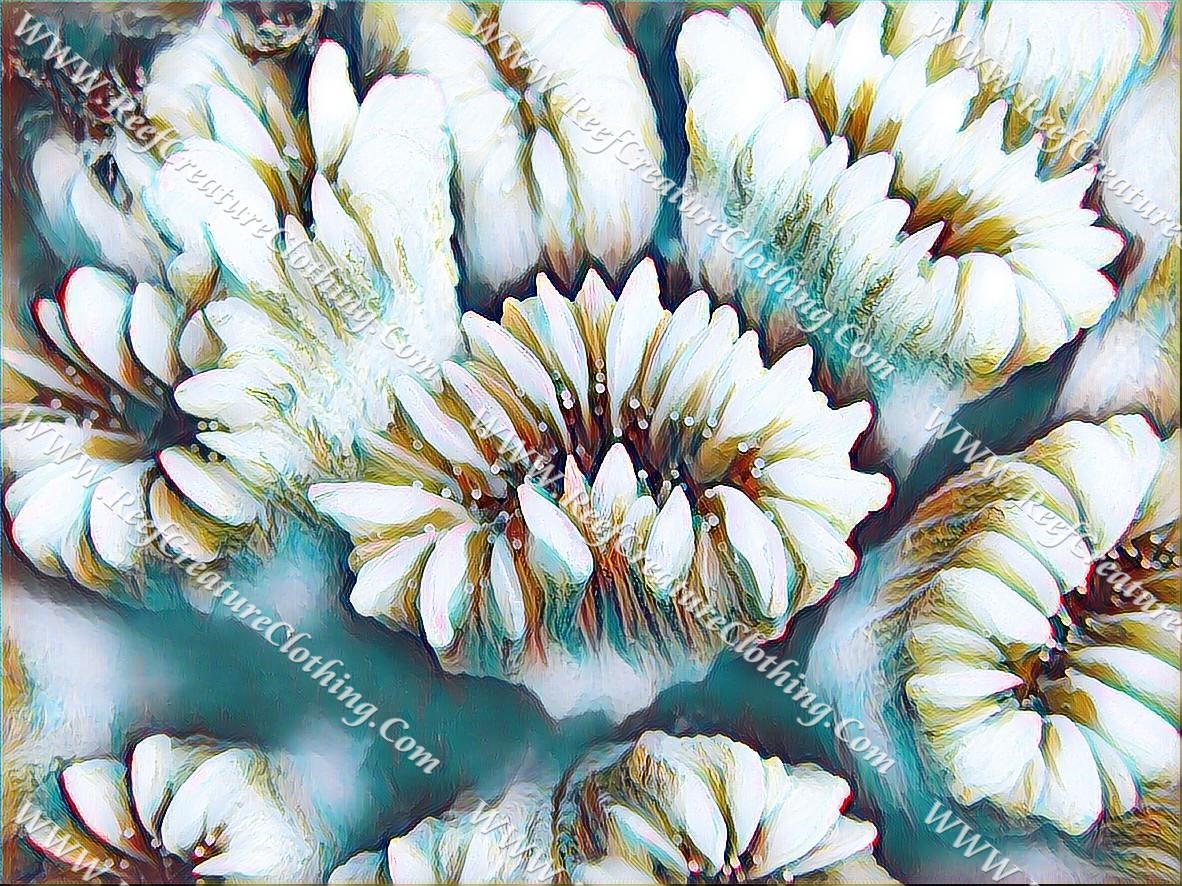 Belonging to the phylum Cnidarian (Cnidarian synopsis here), Smooth Flower Coral (Eusmilia fastigiate) is a colonial species – as are most species within the Subclass Hexacorallia; Order Scleractina – that has exceptionally large polyps as far as Caribbean corals go, sometimes reaching over 2 cm in diameter. They range in colour from cream, to yellow, brown or with a green or pink tinge, and have a highly pronounced jagged corallite – not at all particularly ‘smooth’! Inside the corallite the large polyp hides retracted at night, revealing itself and its suitably large tentacles at night when it reaches out to feed on passing morsels. The jaggedly edged corallite is typical of some of the other species within this family of coral (Meandrinidae), such Maze Coral (Meandrina meandrites), but less pronounced in others, such as Elliptical Star Coral (Dichocoenia stokesi), and hidden completely in others still, such as Pillar Coral (Dendrogyra cylindrus). Some of these species will no doubt be written about in a later Creature Feature, so watch this space!

As with all corals, Smooth Flower Coral is sensitive to environmental change, and easily disrupted by human impacts. Thankfully though, it seems this species is unusually resilient compared to others as it is still relatively common throughout its range, and listed as ‘least concern’ in the IUCN Red List of Threatened Species. Its nice to know there is some good news out there somewhere!