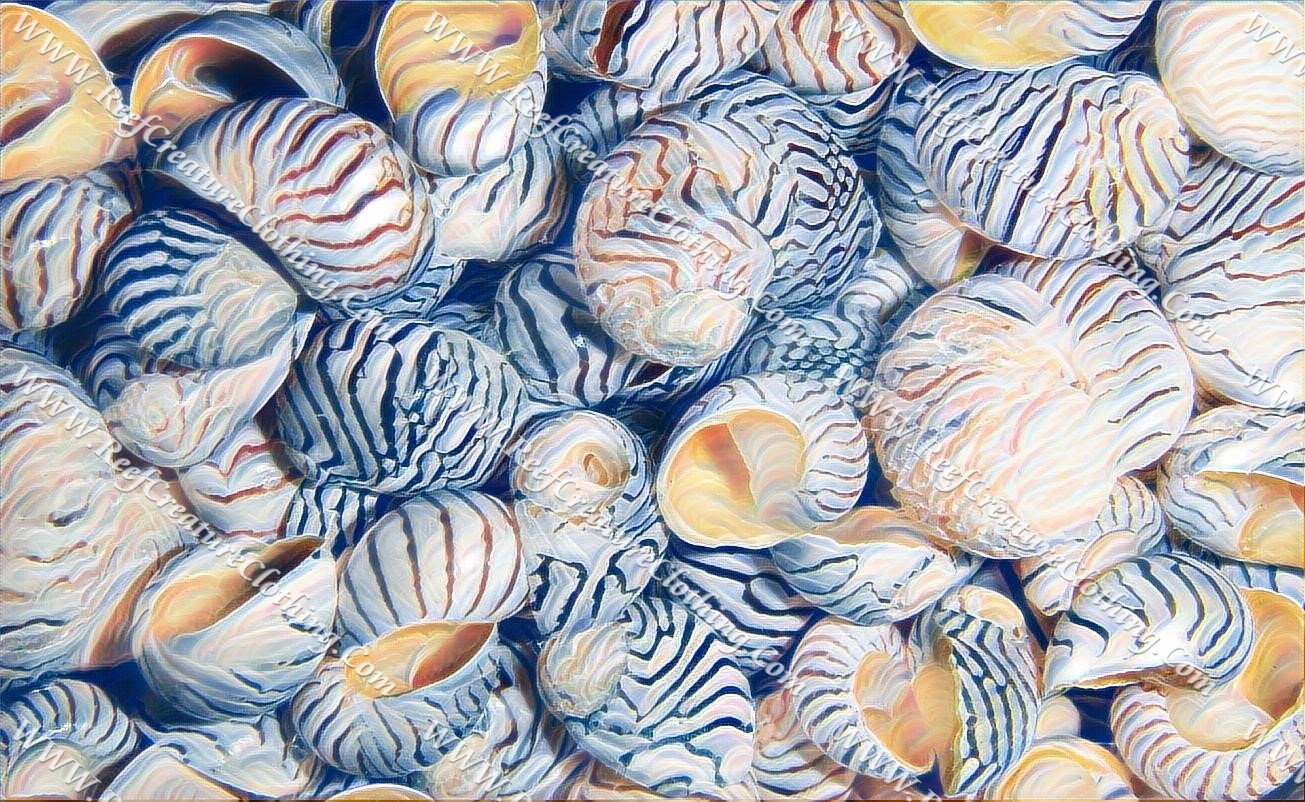 The Caribbean Nerite Shell (Puperite pupa) belongs to a relatively large family of marine and freshwater gastropods who, for the most part, live in the Southern Hemisphere and generally prefer warmer water conditions. Most marine species within this family are found in relatively shallow water, with some spending their time predominantly in the wave splash zone, and have a necessarily thick shell to protect themselves from battering. Of particular curiosity among these nerites is the Bleeding Toothed Nerite, that, as with most of the thick shelled species, lacks an ornate shell patterning, but unlike the others it has an interesting red patch just within its aperture. Reasons for this colouration remain unclear, its just another of those facts that us ocean nerds love, and we are getting quite into these recently!!

The Caribbean Nerite Shell used in our image here is a species that, as its common suggests, lives in the Caribbean region. It has a very delicate thin shell, that is ornately patterned with black and white markings that often resemble that of a zebra. This patterning has unsurprisingly given rise to it’s a second common name, the Zebra Nerite. Confusingly though, this common name also applies to another nerite species, Neritina natalensis, that is found off the coast of Africa. Strangely enough however, this species is usually yellow and black, so the root of its common name isn’t particularly clear……

All these digressions aside, the ornate designs can often be breath-taking in detail, especially so in some species found in South East Asia. But this beauty comes at a price, with many species being heavily collected for trinket making and beading purposes. As with all sea shells, make sure any that you purchase have been obtained sustainably!