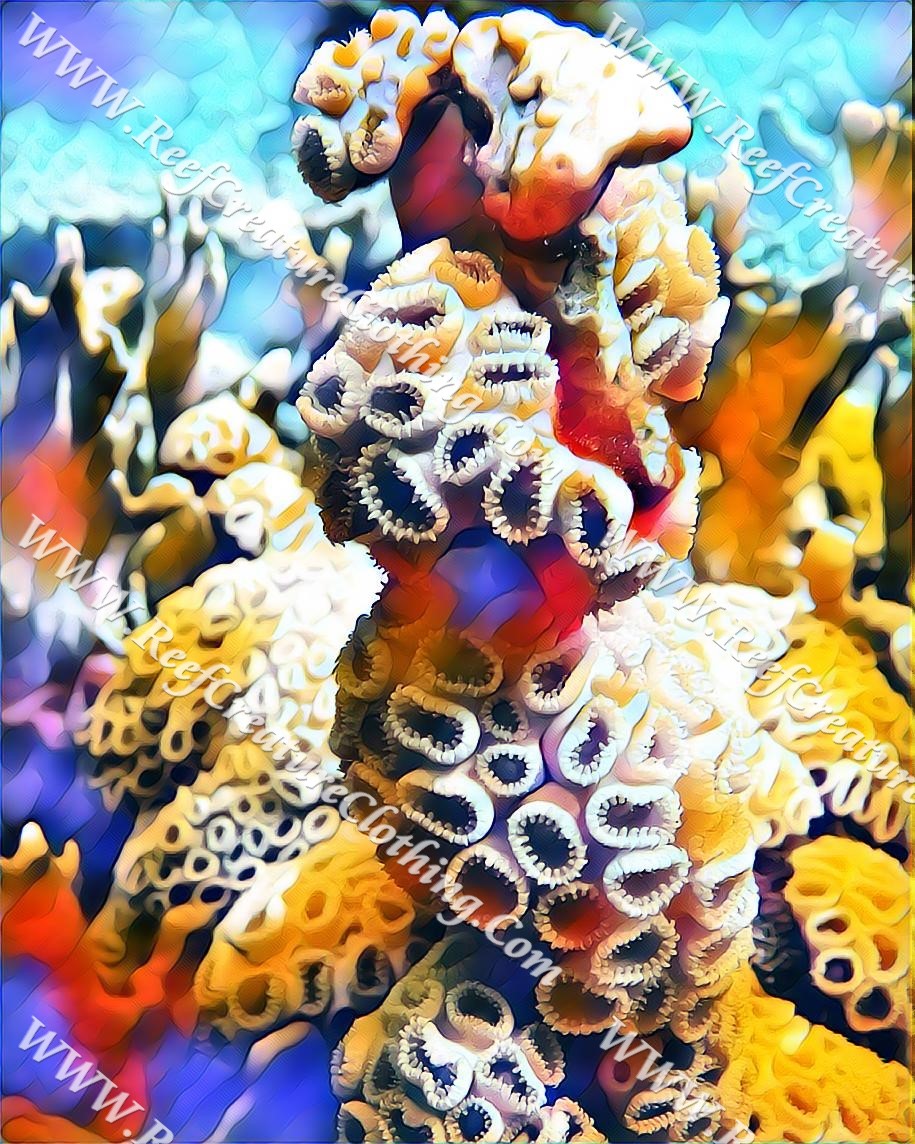 You can be forgiven if you mistakenly think the White Encrusting Zoanthid (Palythoa caribbaeorum) is a type of coral, as it looks remarkably similar to species of coral with large polyps, such as Great Star Coral (Montastraea cavernosa). As members of the phylum Cnidaria both zoanthids and corals are closely related, even more so as both also belong to the same Class; Athozoa…..and even more so beyond that as they both belong to the same subclass; Hexacorallia. Ok, now that the nerdy stuff explaining why they look so similar has been dealt with, lets get back to what White Encrusting Zoanthids are all about.

Like all Cnidarians, the White Encrusting Zoanthid has tentacles laced with stinging cells that are used to catch and kill prey that drifts within reach. Interestingly, the toxin used by this species is reportedly highly poisonous (known as Palytoxin) , and is considered to be one of the most toxic non-protein substances known. So look but don’t touch! In terms of habitat, the White Encrusting Zoanthid lives in colonies that encrust hard substrates, sometimes forming extensive mats over rocky areas. In the pictured colony, the zoanthids are encrusting the skeletal remains of an Elkhorn Coral stump

Something that also sets this species apart from the corals is its conservation status. The delicate corals are in a bad way these days around the world, suffering from a variety of anthropological stressors (water quality, ocean warming, coastal development, trampling, etc); but the White Encrusting Zoanthid seems immune to this, and in fact may even benefit from the demise of corals by having more available substrate to colonise. This may sound like a silver lining, but it is more complex than that, as unfortunately the zoanthids don’t secrete a calcium carbonate skeleton, and so do not contribute to the reef structure. In time, if it were only down to the zoanthids, the reef structures that have taken millennia to build would slowly erode away. Not good!