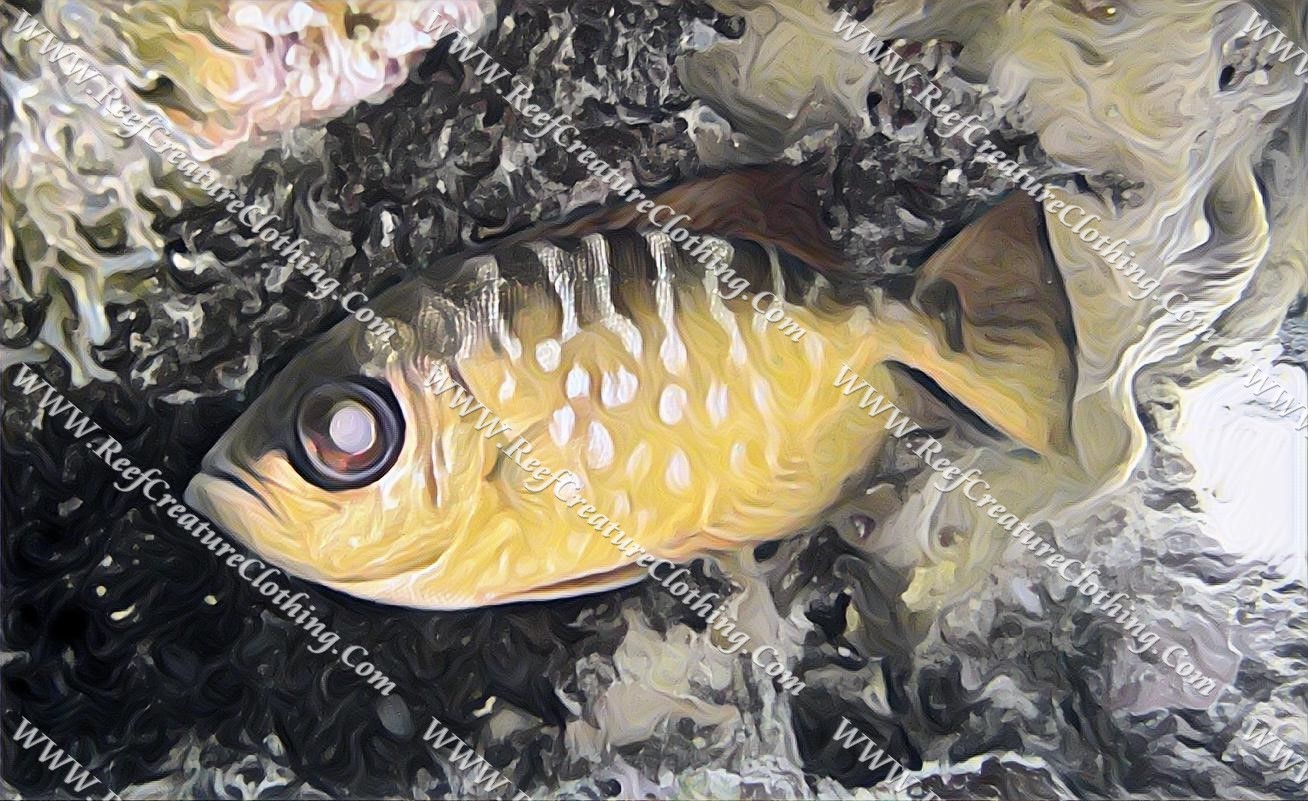 The Glasseye Snapper (Heteropriacanthus cruentatus) is a member of the bigeye family, with large glassy eyes that gives it the appearance of a deep-water species. It is however found throughout the Caribbean region, even in really shallow areas, but due to its shy nature, does spend most of its time hiding out in dark caves and under rocky recesses. These big eyes also allow this species to become much more active at night, although often, even on the darkest of nights, the Glasseye Snapper still sits solemnly under a rocky overhang, all on its own. A very sombre individual with its underslung jaw, this has to be one of the saddest, loneliest looking fish in the Caribbean, only rarely seen sharing the company of others…..and to make matters worse, the Glasseye Snapper isn’t even a Snapper, belonging to the family Priacanthidae rather than Lutjanidae, its namesake. Instead, it is more closely related to the Squirrelfish and Soldierfish of the family Holocentridae….but then we are getting into the realms of nerdy fish taxonomy now.

Just let it be said that the Glasseye Snapper may be a solitary and reclusive member of the Caribbean coral reef community, but it isn’t an unnoticed one, being used as the logo and mascot for the Department of Fisheries and Marine Resources in Anguilla. On reflection, it remains unclear why this may be the case, as these fish are rarely targeted by fishers and so enjoy a somewhat under-exploited life. Maybe there’s something to be said for living a solemn and solitary lifestyle after all. Party party party isn’t necessarily the way to get ahead!