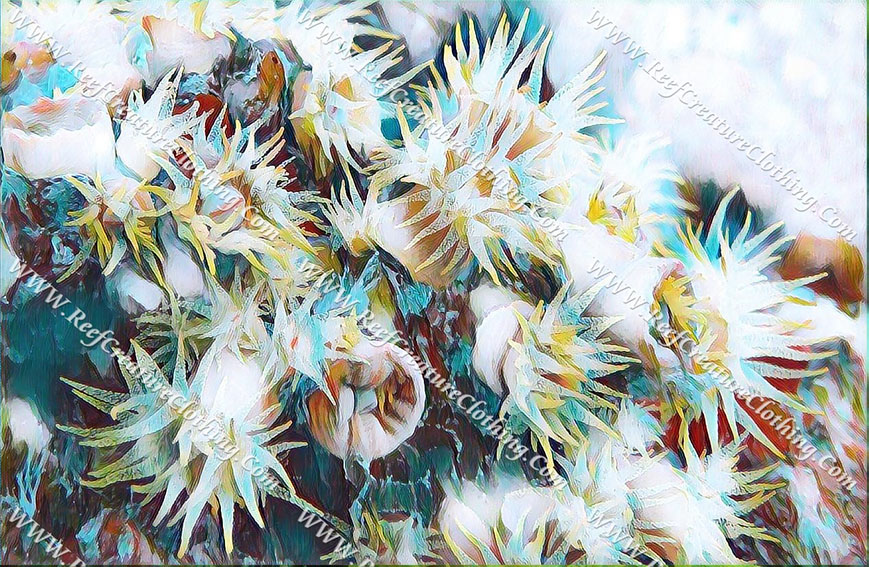 Orange Cup Coral (Tubastraea coccinea) has an interesting story to tell. It is a member of phylum Cnidarian, and more specifically the class ‘anthozoa’, the class of marine invertebrates that contains the famous reef building corals. Alas, Orange Cup Coral is not a reef builder, rather an almost solitary, yet still colonial, large-polyp coral. Its exoskeleton is somewhat fragile, and does not follow the same growth plan that allows massive generational colonial structures to form as many other anthozoans do.

So back to the interesting story. Although now common in the Caribbean, Orange Cup Coral is not a species of coral native to the region. Instead, it is an invasive species first reported in the region in the early 1940’s. No Caribbean fossils of this species are known so even though early records are a little bit vague, it is known to be a new arrival, most likely arriving as an encrusting stow away on container ship hulls. A map and description of this invasion, detailing its spread around the Cairbbean and final arrival in Florida, can be found here. What makes this story interesting, apart from highlighting how species can inadvertently be spread around the globe under anthropogenic steam, is that even though corals are considered under great threat globally, with this species itself being listed in the Convention on International Trade in Endangered Species (CITES), the Orange Cup Coral is in fact considered an invasive species and threat to native benthic invertebrates. This is down to its ability to rapidly colonise surface space (due to it not following the above mentioned common anthozoan growth strategy), and outcompete slower colonising species for space. It has even been stated that ‘local exclusion or extinction of such species may occur, and the removal of the native corals may reduce the production of the entire ecosystem, compromising ecosystem functions’. Wow, that is quite a notch to have on ones belt if you are a coral, if a little over dramatic bearing in mind recent declines in coral cover throughout the Caribbean and growing dominance of macroalgae. That however is a topic for another time. For now, I would much rather see this species of coral growing on a ship wreck that swathes of brown algae. Thank you Orange Cup Coral.