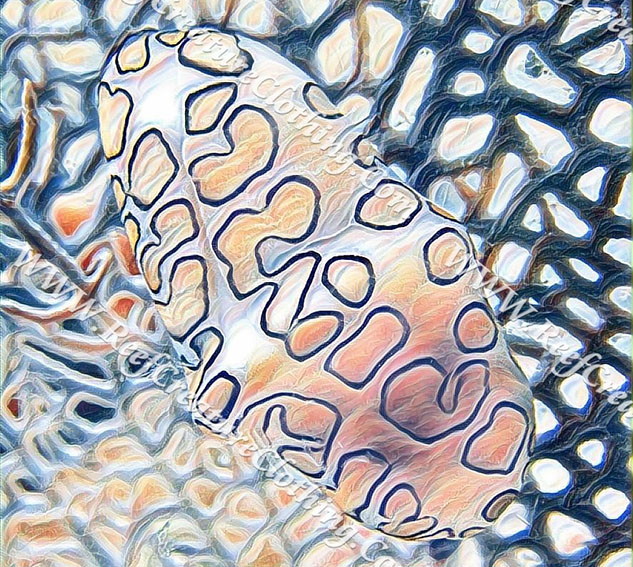 The Flamingo Tongue (Cyphoma gibbosum) is a beautiful marine gastropod that has a dark side. Its wonderful leopard-like spots are actually skin colourations extending out and around its shell as part of the mantle. If you look closely, these spots move as the snail goes about its business, and retract if touched. The actual shell is plain white. The dark side however is not this behaviour, it is in relation to their diet. They love nothing more than to chow down on a gorgonian sea fan or other soft coral, leaving behind a scar of devoured polyps in its wake…..and quite a healthy appetite they have too.

The Flamingo Tongue is generally considered common in Caribbean waters, although in some areas there are concerns over its declining populations. It appears that the reason for these declines is over collection by divers or snorkellers who mistake the mantle colourations for shell colour, and return to the surface and later discover that the now dead animal is no longer as beautiful as it looked underwater. There are a good couple of lessons to learn here when it comes to coral reef and their associated reef creatures…..look but don’t touch and creatures are far nicer observed in their natural surroundings than they are on a necklace.